Trading is the art of earning a return on traders by predicting the fluctuation in markets with the help of trading knowledge gained over time. Professional traders use technical skills like predicting trading patterns to maximize their returns. All these technical skills are based mostly on numbers and their patterns.

Numbers can be amazing with their secret implication to the universe and our life in particular. If we pay attention to things around us, numbers and mathematical patterns surprise us by their influence on our life. One such example of numbers is the Fibonacci numbers and the golden ratio derived from them. Starting from 0 and one and adding numbers to the series by adding the previous two numbers gives us Fibonacci numbers, which represent the golden ratio among all numbers except the first few numbers. Every increasing number is 1.618 times bigger than the preceding number and 0.618 times smaller than the next number. This ratio is true for the whole series except for the first few numbers. From veins on leaves to sprouts on the pineapples, Fibonacci numbers surprise us with their occurrence in nature. As these numbers appear so abundantly in nature, and we are affected by nature, these numbers can also affect the market movements as the market is affected by the environment. If we look at market patterns, we see wave-like fluctuations for every commodity, market, or currency that is out there for trade. Traders use these waves-like patterns to predict future market movements by using “Harmonic Patterns.” Harmonic patterns are geometric patterns that can be subdivided into smaller or larger waves, which gives the name harmonic. In trading, these harmonic waves derive their frequencies from Fibonacci numbers to give a more precise indication.

Harmonic market patterns are unique in the way that they show market movement in such a way that they almost always follow the same pattern. Previously traders used to find a precise pattern from the harmonic market pattern, but with new technologies and online trading platforms, these patterns can be followed and seen by using software and artificial intelligence. Traders must gain technical experience before predicting market movement using harmonic patterns as a beginner may not see an anticipated pattern soon, but if they remain patient and wait for the right moment, the pattern will appear. Although harmonic patterns are usually considered to be used to get higher returns on the investment, their more important use can be controlling the risk.

Harmonic patterns have different pattern versions that are unique in terms of their retracements to their previous legs. The basic and most used harmonic patterns are Gartley Pattern, Butterfly Pattern, Crab Pattern, Shark Pattern, Cypher Pattern, and Bat pattern. However, we will discuss the BAT pattern here in detail as it is considered the most accurate among the other Harmonic trading patterns. But before we get to discuss Bat patterns in detail, we must need to learn about indicators that are needed to trade successfully using this strategy.

The two most important indicators for setting Bat patterns are retracement and ratio. Retracement is a temporary change in a stock price or value of an instrument in the market. Retracement is a constant process during the trading period. Hence it is followed by continuous retracements. The ratios are the factors with which the prices retrace.

Let’s dig into it now and find out about the Harmonic BAT Pattern in detail. It is basically a four-legged reversal pattern, like many other harmonic patterns. Harmonic pattern BAT follows specific Fibonacci ratios. A bat pattern is considered to have emerged if it follows strict rules.  The rules are the following:

The most important thing to note while identifying the Harmonic Bat pattern is the initial XA leg, which is also known as impulsive led. A strong move toward a bearish and bullish trend denotes the start of a harmonic bat pattern. The next thing for the bat pattern to be satisfied is the Fibonacci retracement of at least 0.382 and a maximum of 0.50. However, the AB leg should never go below the 0.618 level.

As the Bat shape denotes, the pattern needs to retrace the AB leg and go up or down according to bearish or bullish trends. This BC leg can retrace from 0.382 to 0.886, giving the BAT pattern point C. Last and as important as the first point is the retracement of the XA leg from point C to 0.886 Fibonacci ratios, making it a deep or steep CD leg. It will complete the Harmonic BAT pattern.

Harmonic Bat pattern is tested for different asset classes from currencies, stocks, commodities to cryptocurrencies. Harmonic Bat indicator can be found in the MT4 platform, but as we mentioned before in the earlier part of this article that harmonic patterns are technical in nature, and only professionals can accurately deal with them. So you must get familiar with these patterns and gain hands-on experience in Demo trading, which is offered by most online trading platforms, before using these technical skills with real trades.

The Harmonic Bat Pattern has a high success rate, but it is closely related to a couple of other harmonic patterns. You need to carefully point out the BAT pattern rules to establish whether it is a Bat pattern or one of the other harmonic patterns. We recommend getting familiar with more techniques involving Fibonacci ratios like Fibonacci Extensions, Fibonacci Arcs. Fibonacci Fans and Fibonacci Time Zones etc. and turn your trading experience into a fun-filled journey of easy money-making. 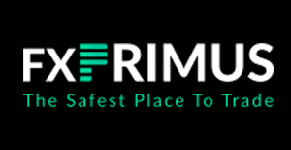 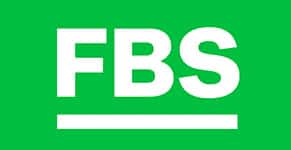 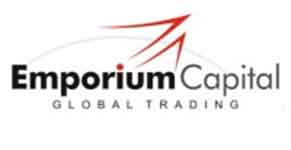 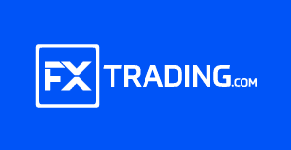